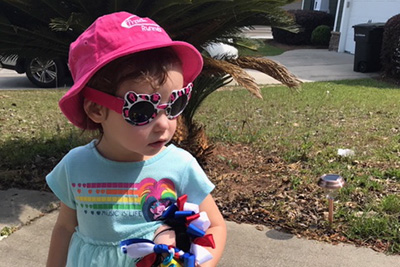 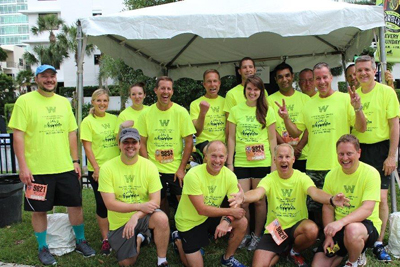 To Rent a Tent or NOT?

We spoke with Chris Sadowski of Wieland-Davco about their experience at the IOA Corporate 5k to find out what renting a tent meant for their team. Big thanks goes out to Chris offering great insight from a veteran team captain. Wieland-Davco was a first year onsite sponsor in 2014.

TSE: Over the past 21 years of the Corporate 5k how many years have you been a team captain? What made you decide to rent a tent for IOA Corporate 5k this past year?
CS: I have been in charge of many Corp 5K teams, spanning three (3) separate companies, and encompassing more than ten (10) years.  Only a few times did we do it without a tent and it was not fun; with a huge difficulty to keep the team together and organized.  On every other occasion we had enough people to get a tent where one person could stay behind to watch our stuff during the race.  That person also directed our stragglers to the start line before the race began and made sure the refreshments were cold enough for our team members after they were done running/walking.

TSE: Tell us about your company, Wieland-Davco? How many people participate on your team?
CS: The Wieland-Davco Corporation is a full service ISO 9001:2008 certified construction company with national headquarters in Lansing, Michigan.  We are construction managers, general contractors and design/builders. Our team for Corp 5K this year were thirty (30) very strong and motivated people (even though only 16 were in the photo – some others were waiting in line at the bathrooms).

TSE: Have you ever not had a tent the event? Why?
CS: On two (2) occasions we did not have a tent and it was done to save money. However, after both times, it was determined that spending the extra money on the tent was well worth the space it guaranteed for congregation and general partying/socializing.

TSE: Is there a certain size team that should have a tent? Why?
CS: I would recommend that if a team is over four (4) members then a tent should be rented.  It’s hard for a team captain to coordinate a team of more than four (4) people, whether competitive or not, if a central location (like a tent) is not available. There’s a lot to take in and do at the Corp 5K and tent makes it more pleasurable.

TSE: Do you do anything special at the tent, like food or drinks? Why or why not?
CS: We had all sorts of liquid refreshments (from Publix) and a wide variety of finger food and sandwiches (from Publix).  I highly recommend placing an order in advance with the Publix located near the race venue and then picking everything up several hours before the race and stocking the tent in advance.

TSE: Any advice, thoughts, insights that you would give to a fellow participant or team captain?
CS: As a team captain, I would send out an informative email to all team members at least once a week for ten weeks out from the race.  I included training tips, recovery techniques and general updates to who was joining the team.  As the race date grew closer, I would include the race maps and additional general information for how and when we were going to meet up at our tent. And the day after the race, I sent out a huge email thanking everyone for their participation and I also let them know where we stood competitively as a team. 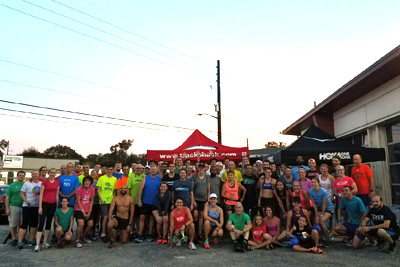 The Hype of the HOKA Arahi Continues 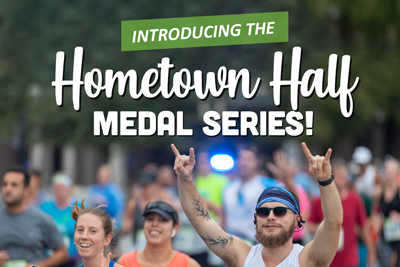 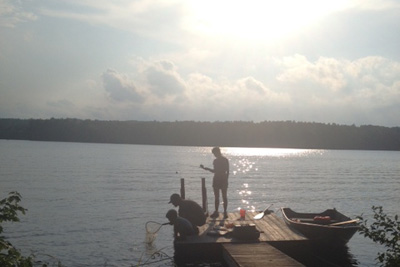